Ass On The Line 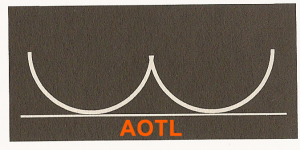 I stand humbled in front of the artist who faces the challenges of money, time and responsibility, yet still refuses to give up on her impossible dream. I bow in respect to the entrepreneur who risks it all just to forward his company one more foot closer to the goal, and I salute the creative person who doesn’t “flinch” in the face of doubt, resistance, fear and uncertainty. Others can’t appreciate the barenaked courage it takes to put your ass on the line and step in front of a billion, self-proclaimed critics around the globe and give your acceptance speech, all waiting eagerly for you to blow it. And most scowl with snide skepticism when a nervous CEO, with a quivering tummy, puts her ass on the line and tries to explain why the company will have to “cut back” this quarter. Still others allow the distractions of a noisy, crowded bar to pull focus from the fledgling songwriter who puts his ass on the line and steps up to the mic to sing his newest offering…with heart pounding and knees knocking.

Oscar winning Actor, Michael Cain said: “Artists are like ducks, calm on the surface, and paddling like the dickens underneath!” And he’s right. Sure you can complain that some are rich and famous, “what do they have to worry about?” If you’re a pro, you know the answer to that, Plenty! While YOU may be battling to get there, THEY are battling to stay there. Doesn’t matter if it’s Clooney, Scorsese or Adele, they hear the same critical voices in their heads as you do. And that skirmish always takes place on the inner battlefield. Whether you’re a composer or a CEO, you both confront the same demons of doubt, fear and ego every single day of your career. And it will never stop—from your very first gig to your final farewell tour.

To me these are the real heros, who against perilous odds, commit to entertain us with their extraordinary talent, touch us with their inspiring screenplays, move us with their awesome music, provoke us to take action with their motivating books, blow us away with their jaw-dropping technology, and stun us with their stratospheric success. And why we need to constantly tear them down, invade their privacy, expose their frailties, and attempt to break their spirit, is beyond me.

Behind every artistic triumph and entrepreneurial success was a woman or a man who put their ass on the line and stood up to an exhausting “internal” struggle. And when they found the courage to “battle-down” the demon between their ears, it became their amazing story. Those who paused, flinched or choked, were doomed to be lost in the ethos. Until of course, they find the courage to put their ass on the line again…and again…and again…