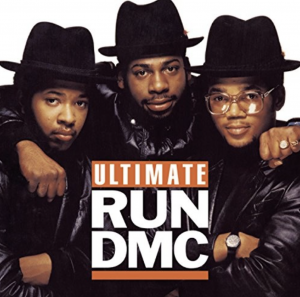 Back in the day (circa 1981), all of us in the media had our eyes and ears keenly focused on the rapidly emerging Rap scene…actually it was a movement. The crusade was desperately “culture-driven” so not everyone could relate. However, the contentious rhym’n message was clear, as it rode on the back of one of the deepest driving downbeats ever recorded (at the time). An annoying, electronic chest thumping beat so low, and so deep it would rattle the contents of the glove box in the car next to you. The music itself was unique enough, however it’s rapid growth was astounding. It was socially viral, before viral socialism was even born, and certainly before Zukerberg was born. Back then, Rap music was the only music ever to achieve astronomical sales figures with little or no airplay and absolutely zero tour support. Why do you suppose that is? How do you suppose Rap ever got so HUGE, without following the traditional marketing ploys of the day?

Here Are 2 Essential Lessons Every Artist & Entrepreneur Can Learn From Early Rappers:

1) AUDACIOUS INVENTORS
Early rappers remained unbelievably dedicated to their newfound expression, the art of rhyme. They were not going for world domination, they weren’t headed to the Staples Center or Carnegie hall, and they were not interested in the SoundScan tally at Tower Records. The commitment was to just keep writing, keep expressing, keep rhyming, keep improving, and keep inventing. Remember, they weren’t just taking R&B to a new level, or simply playing an off-street style of rock. They were inventing something totally new, that no artist before them had ever done. They were “innovating” before the word became so popular. And as a result, they not only built a following, they built a tribe. This was long before Myspace, Youtube, Facebook, Twitter, Linkedin and Seth Godin, and it was definitely before Google!

The lesson here is to stay focused on producing outrageous, impossible, extraordinary art, music, products, services, websites, networks, etc. Venture outside the accepted confines of normal behavior. Don’t just make a better APP; create one we can’t live without! Don’t just write another rock ballad, reinvent the genre! That’s what Rappers did. They invented a new sound, a new category, a new Billboard Chart…heck, they even invented a new fashion trend right under the radar of Vogue and Prada. They knew they couldn’t compete with mainstream Pop, so they didn’t even try. They were using the Blue Ocean Strategy before that methodology was ever contrived!

When I was CEO of Music Connection, I kept looking for better ways to make our mag, our product, our service even better. While others on the team are figuring out how to market it, someone has to be in the production room or studio constantly improving it. There can be no pause here. You’ve got to keep working and improving your art or product. Really good is no longer acceptable. Heck, “great” only gets a quick glance. We expect extraordinary today. We expect our jaw to hit the floor and our eyebrows to hit the ceiling! We expect Audacious!

If your company, group, start-up, band or Corp wants to continue to grow and survive in this “uncertain” economy, it may not be a bad idea to swing your “Long Tail” strategy in the direction of a proven path. Follow the tracks that the inventors of Rap laid for us over 20 years ago, and build…rather invent something extraordinary, not just a new way of doing the same thing. Grow your tribe slow, without urgency. And never, never, never quit no matter what.