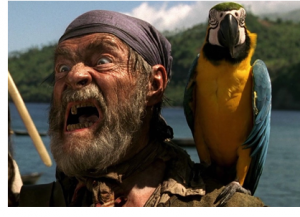 Are you simply “parroting” what you watch on YouTube, copying what you hear on Spotify, or imitating the bravura of others? If I visited your site would I think: “nothing really new here?” If I heard your song on the radio would I say: “that sounds just like____” If I read your screenplay would I think: “this reminds me of____” If I saw your video would I say: “that’s been done so many times before!”

As the CEO of your world, it’s so tempting to play it safe and “parrot” the dictates of proven industry strategies or follow in the footsteps of others who have paved a successful path. That’s what record companies, television and book publishers have done forever! However, timing is everything. And because of the times we live in, and the tech-tools available, inventing your own style, writing your own inimitable stories, expressing your own unique art, and building your own exceptional empire, has more traction today, and more of a chance to break through than ever before in history. No kidding!