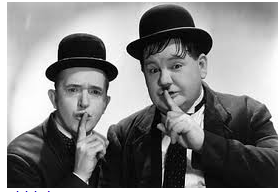 Do you agree that it’s best to keep your creative projects private until you’re ready for input and criticism? Other than a significant mate or working collaborator, try and resist the tug to tell anyone about your script or allow anyone to listen to a new song or read your works in progress. The meaningful suggestions and opinions of even your closest friends and family will often contaminate your creative process and lure you away from your original intention. It’s like asking an opinion for a painting with only a few dabs of color on the canvas. Some people have so little confidence in their creative ideas that they immediately seek the opinion of others for reassurance or a temporary ego stroke. Often those outside suggestions contaminate the process and provoke an “inner” creative battle that could derail an otherwise worthy project. There’s a time for such input but not during the earlier stages of the work. Rule of thumb: Honor your Muse by keeping your ideas private until you have plenty of paint on the canvass.