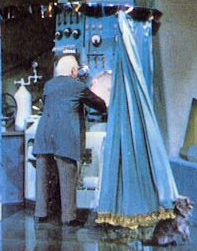 In the 33 years I co-ran a publishing company I learned the most from the people I fired. And the #1 reason I fired someone was not because of their inability to do the work, it was because of a serious communication breakdown. And 99% of the time, the communication breakdown was not the result of what was being said, it was the result of what was NOT being said! Many times in our conversations with others, we KNOW that the unspoken truth is being withheld behind clever words and bumper-sticker phrases; in fact, you can actually feel the energy in the room shift whenever the truth is being concealed. However we simply avoid confronting the situation, mostly because we want to deflect a showdown.

It took me a long time (and plenty of failed attempts) but it finally sank in that saying the unsaid, expressing the unexpressed, revealing the concealed and exposing what’s hiding in the shadows has huge transformative results in any relationship, group, company or situation. It’s like when Toto pulled the curtain back to expose the real wizard—the hidden truth behind the clever show.

Drumming up the courage to speak the unspeakable may be confronting and uncomfortable going in, but it’s the only true way to get to the heart of the matter of any problem or challenge, plus offers a clear pathway to achieving extraordinary results. My wife Nancy always reminds me, “The truth shall always set you free!”