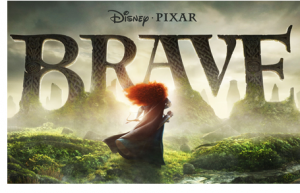 Thanks to Dan Pinks book “To Sell is Human,” I found Emma Coats. She’s the former story editor for Pixar. She has Pitched story ideas and has been pitched hundreds of times. According to her IMBd she’s also a writer/director known for the films, Brave, Horizon, and Monsters University. Emma says in order to move or pitch others, we need to become much better at clearly stating what it is we want and where it is we want people to go. A few years go she tweeted “The 22-Rules of Storytelling” and it went viral. She also came up with a simple, six-sentence template that every Pixar film shares, and I think it can teach any artist or entrepreneur a lot about building a story—regardless if it’s a music video, a screenplay, a novel, an investor presentation or anywhere a good story is needed. It’s called the “Pixar Pitch.” As an exercise, see if you can tell the story of your project, company, career goals, or impossible dream in this 6-sentence format:

Here’s an example from Finding Nemo:

1. Once upon a time there was a widowed fish, named Marlin, who was extremely protective of his only son, Nemo.
2. Every day Marlin warned Nemo of the ocean’s dangers and implored him not to swim far away.
3. One day in an act of defiance, Nemo ignores his father’s warnings and swims into the open water.
4. Because of that he is captured by a diver and ends up in the fish tank of a dentist in Sydney.
5. Because of that Marlin sets off on a journey to recover Nemo, enlisting the help of other sea creatures along the way.
6. Until finally Marlin and Nemo find each other, reunite and learn that love depends on trust.